Facing Your Abusive Spouse in Your Divorce 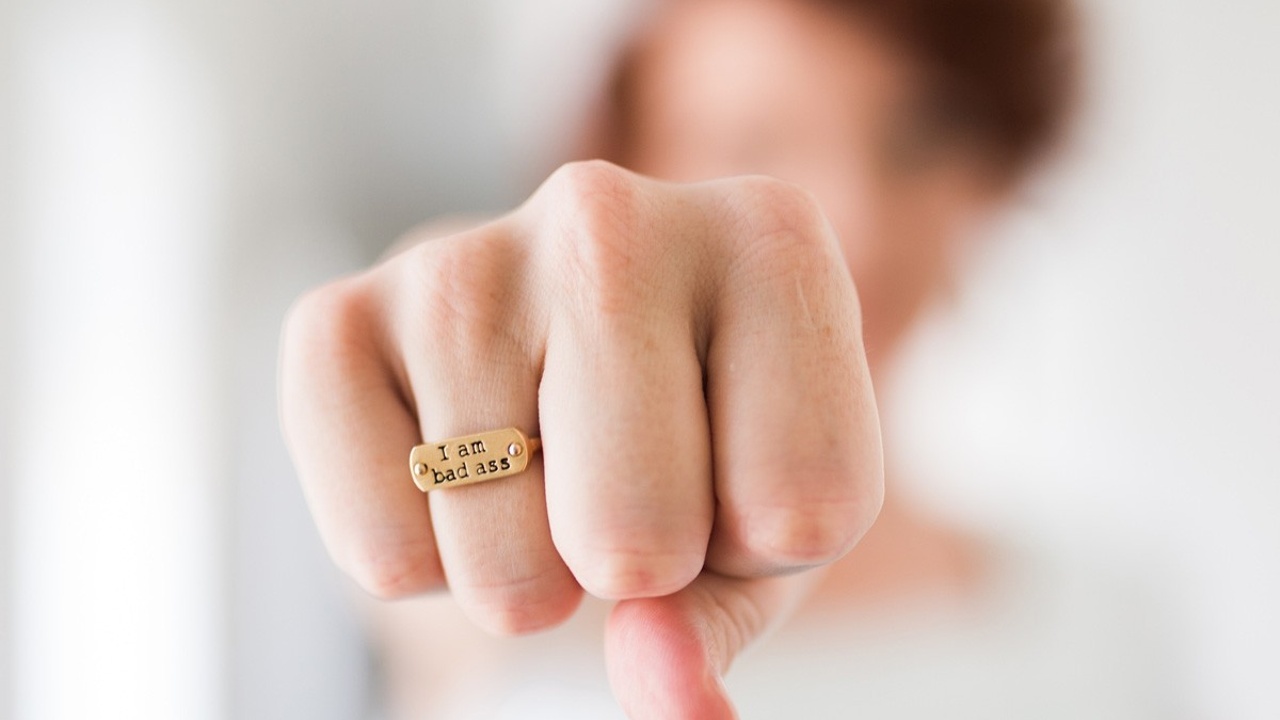 I’ll be frank – divorce cases that involve any form of abuse are rough. When you have been experiencing the silent pain of abuse in your marriage – whether it be physical, emotional, verbal, or financial – you will be tasked with some unique challenges. Conflicting emotions can arise as you process the normal feelings of grief and sadness over the end of your marriage, coupled with thoughts of fear, uncertainty, and even shame that follow abuse. You are thrust into a new life the second you leave your spouse, and for better or worse, your patterns and way of thinking will be tested. But while this new season of your life is heavy, it’s also your breakthrough. You have exhibited a phenomenal act of courage by starting the divorce process.

For clients who are just starting your journey through divorce, have already filed for divorce, or who I have helped get a restraining order against their abusive spouse, my advice to them at every stage of their journey is consistent. In this article, I share some of my best advice with you for your own journey.

1. Lean on Your Inner Circle.

A strong inner circle can help counteract some of the strongest mechanisms of abuse: isolation and gaslighting. Abusers gain a sense of control and power over their spouse by isolating them from their close relationships. Isolation tactics include monitoring your phone calls, reading your text messages, not allowing you to go anywhere alone, forcing you to cancel plans with friends, and using jealousy to justify controlling behavior. By limiting your contact with the outside world, the cycle of abuse runs more smoothly and happens more quietly. Gaslighting is a tactic used by abusers to make their victims feel like they’re crazy by telling them they’re overreacting or lying.

The first step in getting out of an abusive relationship almost always starts with a conversation with someone you trust. Simply saying the words out loud, “He hits me” or “She threatened to take our kids from me” can be life-changing. There’s something about hearing yourself say it out loud that forces you to confront the painful silence you’ve been carrying. It’s empowering. Keep doing it.

When you’re isolated, abusive relationships can feel like an echo-chamber of all the terrible things your partner would lead you to believe about yourself. Abusers thrive on invalidating your feelings and minimizing their behavior. Amazing things happen when you let someone in on what you’re going through. Hearing something as simple as “You’re NOT crazy” or “That’s NOT normal behavior” can make all the difference.

Your best asset when going through a divorce with an abusive spouse is a supportive friend or family member who will listen and validate. Surround yourself with as many support people as possible – there truly is strength in numbers! Be selective about who you let into your inner circle. Who you confide in inevitably shapes your outlook and impacts your decisions.

For more insight on how to build a badass inner circle, check out Kelly’s video series here (https://www.youtube.com/watch?v=gkY3rPjqaD8). #squadgoals

By its very nature, an abusive relationship is replete with unhealthy boundaries. Physical and sexual abuse violates our autonomy over our bodies. Verbal and emotional abuse weaponizes our trust and vulnerabilities. Financial abuse manipulates fear and worthlessness to make us feel trapped. At the core of any form of abuse is an overstepped boundary.

When you begin the divorce process with a spouse who has taken advantage of unhealthy boundaries, you will inevitably experience conflict. Often times when I see a client struggling to move forward in their case, it’s because they haven’t defined healthy boundaries. I believe whole-heartedly in the age-old adage that you teach people how to treat you. A divorce is the perfect opportunity to re-define how you expect to be treated.

Here are some practical tips on creating appropriate boundaries with an abusive spouse during your divorce:

Divorce sucks. It’s an emotionally draining experience for everyone. For those in abusive relationships, divorce forces you to confront deeply painful issues and often awakens past trauma. Just like a batter never steps up to the plate without a helmet, a victim of abuse should never go into a divorce without a great therapist. You gotta protect your head! (Get it? Head? Helmet? I’ll see myself out…)

One thing I will caution: If you are a victim of abuse or domestic violence, be wary of therapists who encourage joint sessions with your abusive spouse. While well-intentioned, couples counseling simply does not work when abuse is present in the relationship and can sometimes worsen the situation. Abusers will often manipulate counseling sessions, minimize the abuse, and intimidate their partner into not speaking honestly. It is also common in faith-based or church provided marriage counseling that counselors who are not trained on domestic violence and abuse will encourage reconciliation and preservation of the marriage, even in dangerous situations.

4. Trust your attorney – we know what we’re doing!

I can’t tell you how many times I have sat across from a new client and said, “I’ve seen your spouse a hundred times before.” That statement is usually met with an eye roll – How could you possibly understand how bad my spouse is? The truth is that, just like any other form of human behavior, abuse rears its ugly head in a series of predictable patterns. And not only is your divorce attorney uniquely qualified to identify these patterns, she or he knows how the behavior plays out in a divorce scenario.

Let me give you an example. A few years ago, I was representing a lovely client named Jacqueline* who was just coming out of a 17-year marriage with an abusive husband, Alan*. She had just moved out and was terrified. Alan made every threat imaginable to get her to stay and now that she was gone, he was furious. She admitted that he had been violent in the past and that he was extremely financially controlling. She was worried that Alan was hiding money, but had no idea where. I strongly recommended that we: 1) File for a restraining order, and 2) Subpoena his bank records. After some convincing, Jacqueline agreed and we filed the paperwork. The next day, the court granted a Temporary Restraining Order, which restricted Alan from contacting Jacqueline or coming within 100 yards of her.

It took less than a week for Alan to start pushing the boundaries of the restraining order. He started sending messages through Jacqueline’s family members: “Alan doesn’t understand why you would do this to him”, “He just wants to settle”, “Your lawyers are just getting in the middle so they can make money off of you.” Before Jacqueline knew it, he had penetrated Jacqueline’s inner circle, gained their sympathy, and was working them over. I encouraged Jacqueline to sit down with her family and explain that by passing along these messages they were helping Alan violate her boundaries.

A few days later, Alan received a copy of the subpoena we sent to his bank. He began giving Jacqueline’s mother copies of bank statements. “See, he’s disclosing everything!” her mother said. He then began lobbying for mediation, telling Jacqueline’s brother and sister that he would “give her whatever she wants” as long as she dropped the restraining order.

When I got the call from Jacqueline telling me that she wanted to drop the restraining order, withdraw the subpoena, and go straight to mediation, I was not surprised. I encouraged her to see the restraining order process through and that a temporary 180 in Alan’s behavior was not an indication that he was “better”. Only years of therapy can do that. I advised her not to drop the subpoena either. More likely than not, Alan was only disclosing the accounts that he wanted her to see. I told her that this was typical behavior from someone who has used coercive control against her for many years. He was minimizing the abuse, making Jacqueline feel like she was overreacting, and drawing her away from her counsel. Despite my warnings, Jacqueline insisted.

After three failed mediation attempts and a number of calls to the police, Jacqueline called and asked me to re-file the restraining order. While we were able to get the Temporary Restraining Order back in place, it was an uphill battle to explain to the judge why we dropped it the first time. She also asked me to re-issue the bank subpoena. When we finally got the full record, we discovered no fewer than 6 hidden accounts – totaling over half a million dollars.

*All names have been changed to protect attorney-client confidentiality. If you believe you are in an abusive relationship, contact the National Domestic Violence Hotline at 1-800-799-7233. The attorneys at Bennett & Bennett are highly trained and experienced in cases involving abuse and domestic violence. You can learn more about the firm or schedule a consultation at bennettandbennettlaw.com or by contacting (951) 719-3456.

Preparing for Divorce: How to Tell the Kids
divorce
Feb 21, 2022
Preserving Your Money and Property Beyond the Third Generation Nov 30, 2021
Consider These Wealth Transfer Strategies in an Election Year Oct 30, 2020